From an anonymous startup to one of international promise

Background: Alongside the prominent articles about impressive 'exits' and huge financing rounds, few articles feature early stage companies taking on major challenges in the marketing sector and raising funds, even if they have breakthrough technologies that provide a solution for genuine problems. Nanomedic, for example, has developed a unique, innovative and breakthrough product and was seeking ways to expose it. The company has developed a gun device called Spincare, which creates a layer of transient "artificial skin" onto wounds and burns, imitates the cell structure, and helps renew the skin. The artificial skin, serving as a sterilized top layer dressing, fully envelopes the wound throughout the whole recovery process, thus assisting in the renewal of the skin, with no need of dressing change until the wound is fully recovered. The company’s story was a hard nut to crack. From the Technology angle: The product is based on the most complex technology, which is difficult to describe to the layperson; from a Business perspective: The company was looking overseas (which requires huge resources in order to stand out) and 'play' with the big boys: pharmaceutical and medical device companies that are considered rich and strong; from a PR point of view : In the Israeli media, very little content is devoted to the medical device sector (in comparison, for example, with cyber security and privacy).

‍The Media Aim of the Activities: Creating an extensive awareness campaign, which presents the product in a clear way with the aim of bestowing legitimacy on it among the investment community and patients, in order to 'validate' the product in their eyes and present it as a preferable alternative to the existing solutions on the market.

‍The Challenge: In general, for a small company without connections, it is difficult to catch the attention of investors. From this point of view, the challenge facing us was acute: given the difficulties described, how is it possible to explain a complex product simply and to create maximum value and exposure for the company, with the minimum amount of time and resources. Above and beyond that, in the main Israeli media, there is very little content devoted to the medical device sector.

‍The Strategy Chosen: In order to break the mold of items about products such as these and others that various companies are promoting, we chose to make the product stand out as a kind of 'science fiction' – but something that already exists and is ready for use.

‍The Operative Expression of the Strategy: In order to make the product distinct "from everything existing and known so far," we included declarations on a story about "an exceptional product," "printing of artificial skin." "a technological breakthrough, "leaping into a new scientific dimension," and "a change in paradigm," in everything related to treating wounds, burns and dermatological lesions, while highlighting Israeli innovation as "science fiction" that is sustainable. The key was to simplify the technology so that it would "talk" to the layperson and in choosing targeted media platforms, in Israel and overseas, which are perceived as of the highest quality in the eyes of investors (the financial media) and accessible to the public at large (morning programs or tech TV programs). In addition, in every media operation (pure organic public relations) – use of the physical product was demonstrated on the media people with whom we came in contact. This created a sympathetic and astonished response for the good, which generated a positive media wave. Above and beyond a large amount of publicity in a range of media outlets in Israel, we strove to put the product into targeted magazines and newspapers. In addition, we also succeeded in creating for the company exposure overseas on leading platforms such as Reuters, and Fast Company – the credibility of the platforms, shone on the company and its product and thus assisted in realizing the aim and recruiting the investors.

‍The Result: The media activities brought about the desired business results. The combination of the words NANOMEDIC and SPINCARE, which were unknown until the start of activities in 2018, is currently yielding tens of thousands of results, most of them in the financial media and those specializing in technology and medicine. The product has appeared in dozens of articles (including on TV) in the United States, Italy, France, Spain, Argentina, Russia and Vietnam. And it should be stressed that we are talking about a customer (David) that was coming up against huge companies and hundreds of rivals in Israel and abroad (Goliath). The publicity increased interest in the company, something that increased the number of enquiries received by the company, which was subsequently translated to real investments – so that the media endeavors helped and supported activities to raise millions of shekels, which were intended to ensure the continuation of the company. In addition, the secondary aims were also achieved, so that dozens of doctors around the world contacted the company in order to persuade them to enter into operations in the hospitals in which they worked. At the same time, the use of one of the patients as a spokesperson and "ambassador" who has undergone the treatment "on their skin" spoke to potential patients and helped make messages accessible to a non-professional audience.

‍Current Situation: Even though the client came to us feeling skeptical about the business potential of public relations, within a relatively short time, he gained high recognition and was easily remembered among key bodies in the business community that is relevant to it, with the publicity in the financial media – in Israel and overseas – representing "a seal of approval" and strengthening the advanced technology, almost fictional, that was developed in Israel. In these very days, relying on the financing that it obtained, the company is hiring a range of employees for its team while it is preparing to receive US FDA approval, after already succeeding in obtaining approval from Israel's Ministry of Health and the EU CE mark. 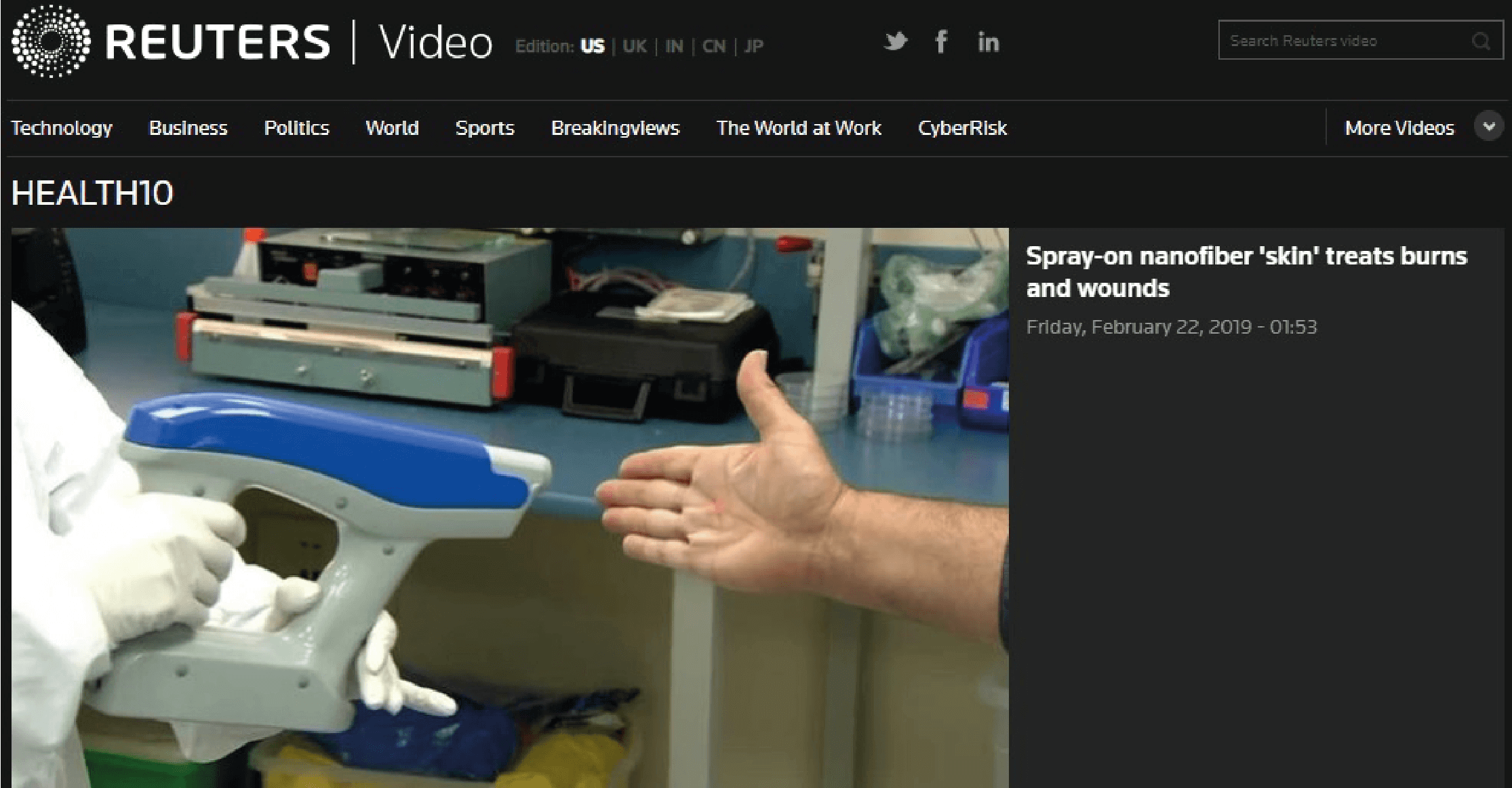 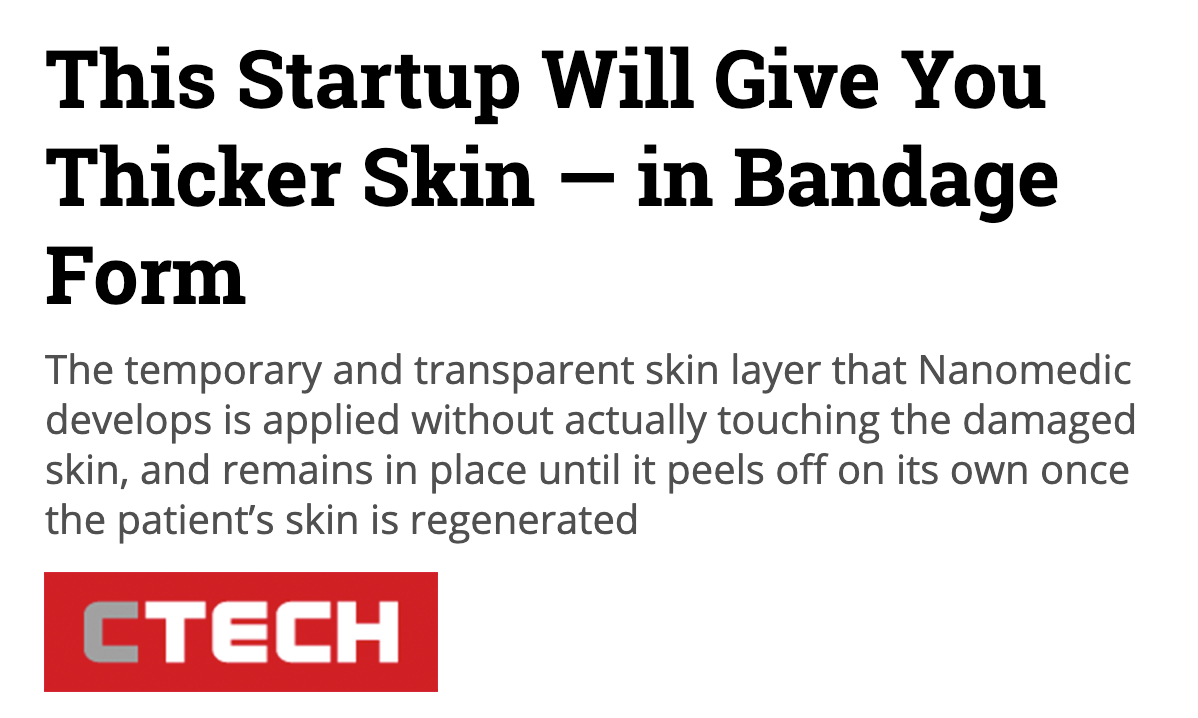 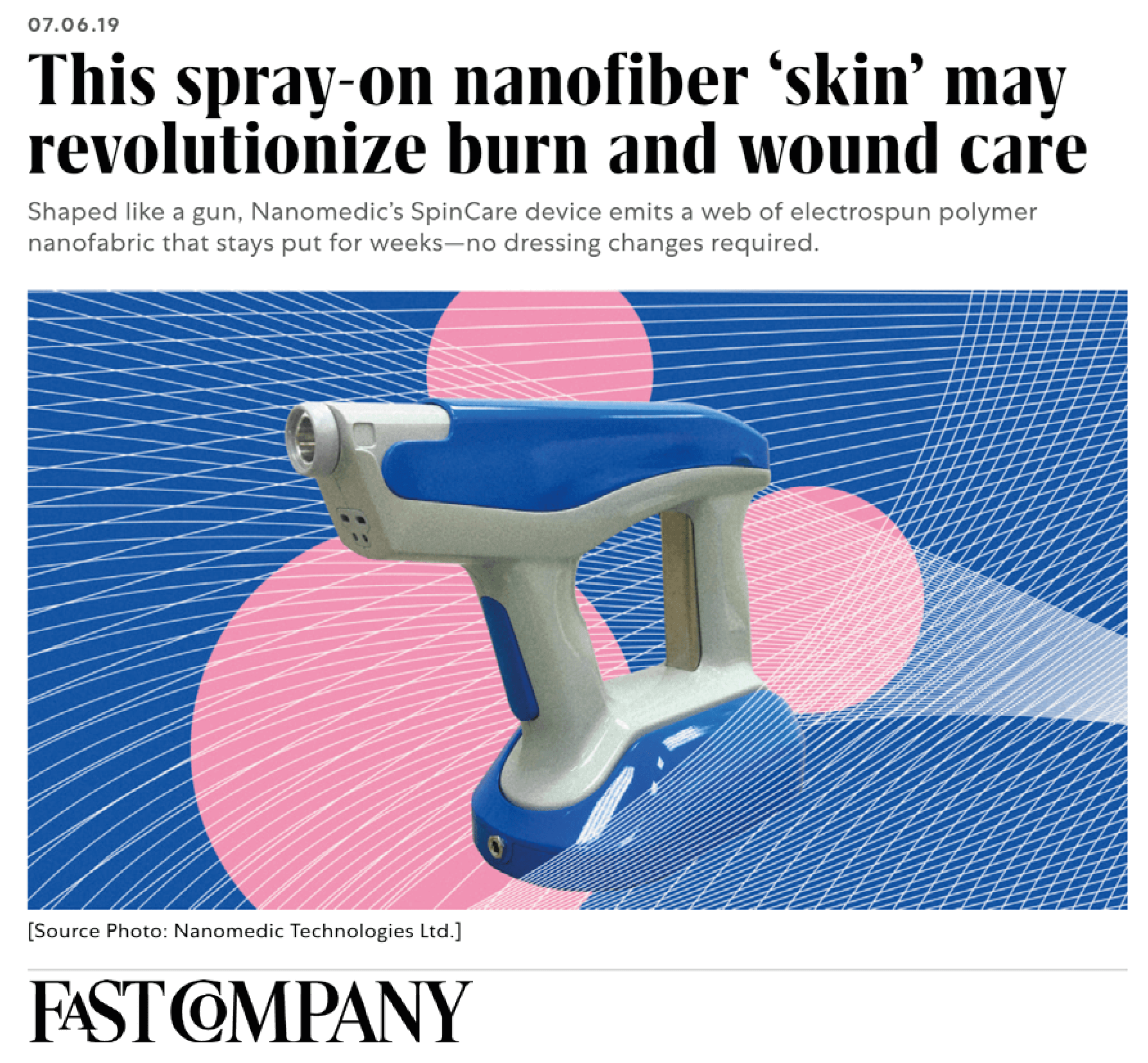 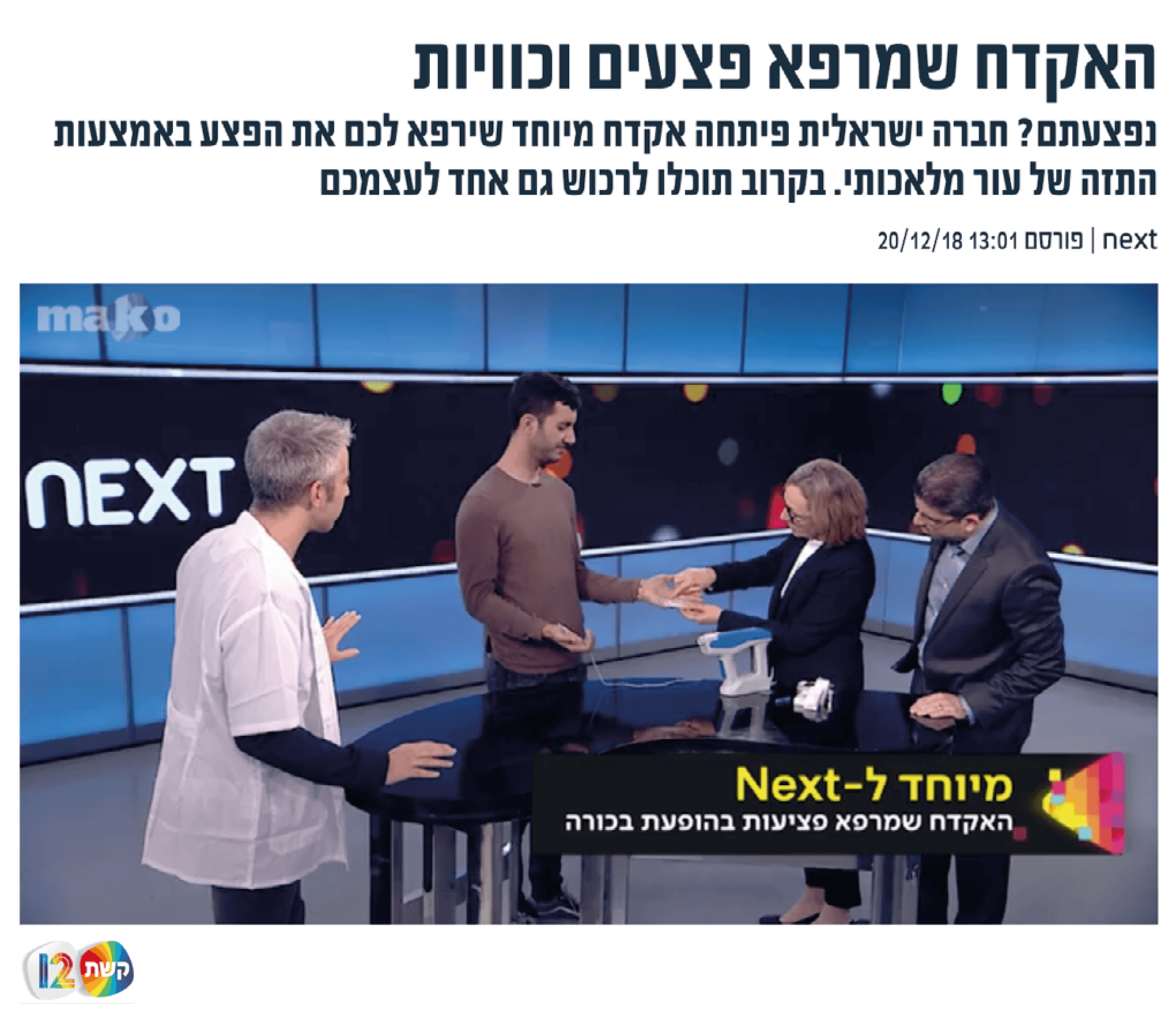 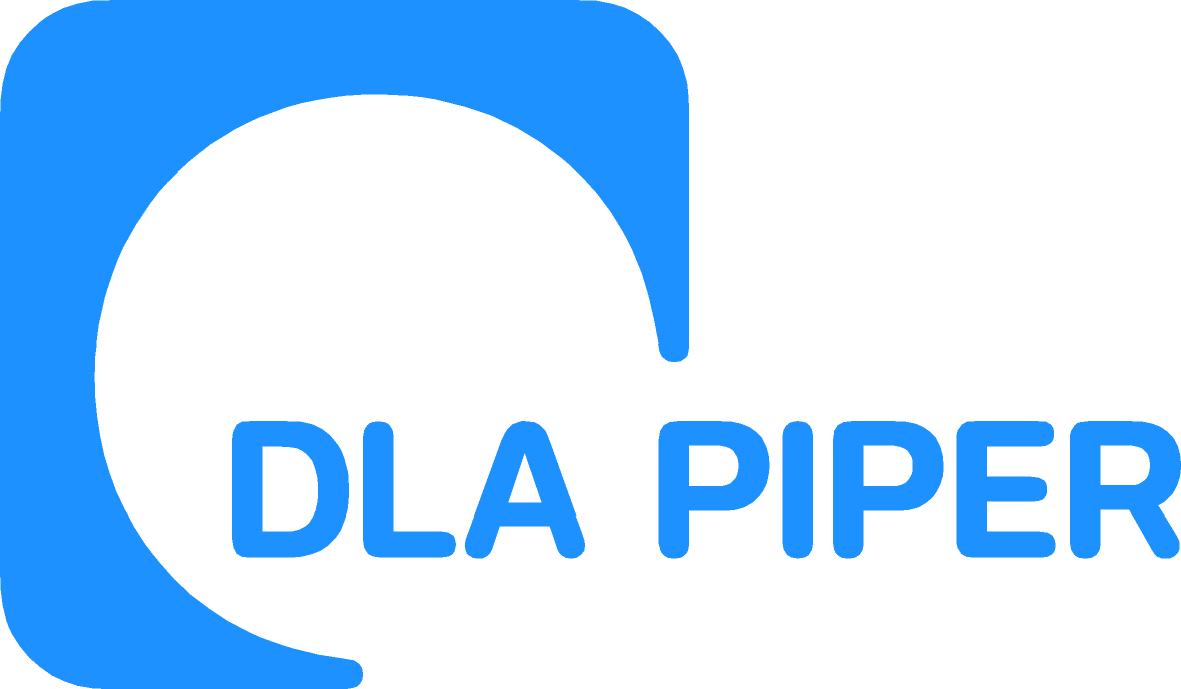 Israel holds the world record for the number of lawyers per capita, which generates enormous competition for clients and results in one of the lowest average level of lawyer's fees in the western world. Despite these challenging conditions, DLA PIPER, the world's largest law firm (about 4,500 lawyers in 80 offices in 40 countries) decided to set up an office in Israel with its major distinguishing point: providing direct access to the highest level legal services in all the world's leading economies.

The media aim of activities - to inform the relevant target clients for the firm in Israel about the business and legal capabilities of the firm overseas; to increase recognition and familiarity of it; and to support and to assist its business activities.

‍The challenge – Israel's law firm market is saturated and competitive; and the concern about being perceived (mistakenly) as a threat to local firms; ban on publicizing the activities the legal/business activities of the firm's clients; zero advertising/ content marketing budget.

‍The strategy that was chosen – Leveraging the media on the various activities that were carried out in cooperation with local law and accounting firms, which do not provide rival services overseas – in order to get across messages such as: it is not only the world's largest, most professional and best connected law firm but also a law firm that does not pose a competitive threat to the local players.

‍The operative expression of the strategy is that in every media activity (based on organizational public relations) – we presented how DLA's massive international presence contributes to Israeli clients and acts as a 'tie-breaker.' In addition to dozens of articles in the financial media, in 2017 alone we arranged over 15 events of various types and sizes in a range of areas such as: real estate, taxation, infrastructures, technology, and more. For every conference, we put together a full program of tailored content and in every conference we achieved coverage based on quality content – without having to invest money.

‍The result - During its years of activities with our firm, the client has become one of the most well-connected in the Israeli economy and today represents a long list of leading companies. In 2017, DLA's team grew and the local branch transferred extremely large amounts of work to branches worldwide.

‍Recognition - Our firm's activities with the client won us the Israel Association of Media Consultants "Roaring Lion" prize for campaign of the year in 2018 in public relations. 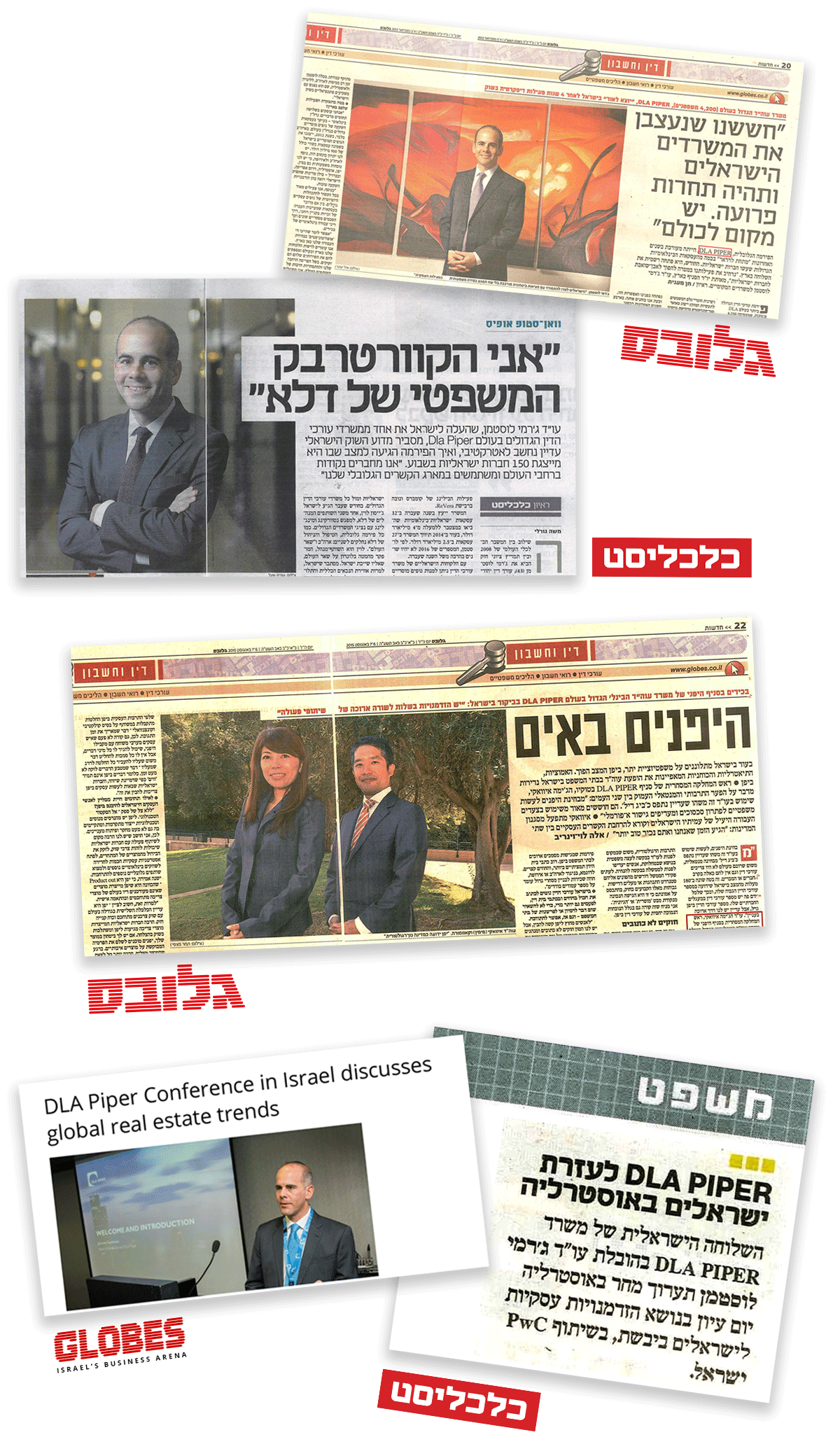 Introducing a new player into a market with many rivals‍

At the start of 2017, there were dozens of veteran players in the shared workspace market. Following the opening of its first center in London, LABS – an international co-working space chain, prepared for the opening of its first center in Israel. Its Israel offices were specially designed on the top three floors of Tel Aviv's Azrieli Sarona tower, with 2,500 square meters located in the largest floor space areas in Israel. This fact raised many questions about the ability to find tenants for such a large area – all the more because it was a new and unknown chain in a competitive market with veteran and dominant players.


The media aim - to inform the target customers, which included leading technological companies and major startups, about the quality of the work area, so that would consider transferring their offices to the new work area. This was a complex challenge: to sell a 'non-existing' work area and recruit potential customers to a deal that was only 'on paper.

‍The strategy that was chosen – Positioning LABS as a prestigious international brand located in a tower that was branded as a leader in Israel's high-tech sector.

‍The operative expression of the strategy was reflected in implementation that was based almost entirely on constant public relations work combined with many media articles and a focus on the relevant population as well as two major peak events that we created and exploited: the opening of TechCrunch week in Israel and initiating a technology conference in London. This was in addition to harnessing the existing branding for the tower to the new workspace being set up within it.

‍The result was beyond all expectations and by the time of LABS opening it already had 75% occupancy. Two months after the opening, the workspace was already fully occupied by leading companies. Following this success and major demand, two more floors have been set up in the workspace, which today encompass about 10,000 square meters and is one of the largest in Israel.

‍Recognition - Our firm's activities with the client won us the Israel Association of Media Consultants "Roaring Lion" prize for campaign of the year in 2018 in the technology and cellular sector. 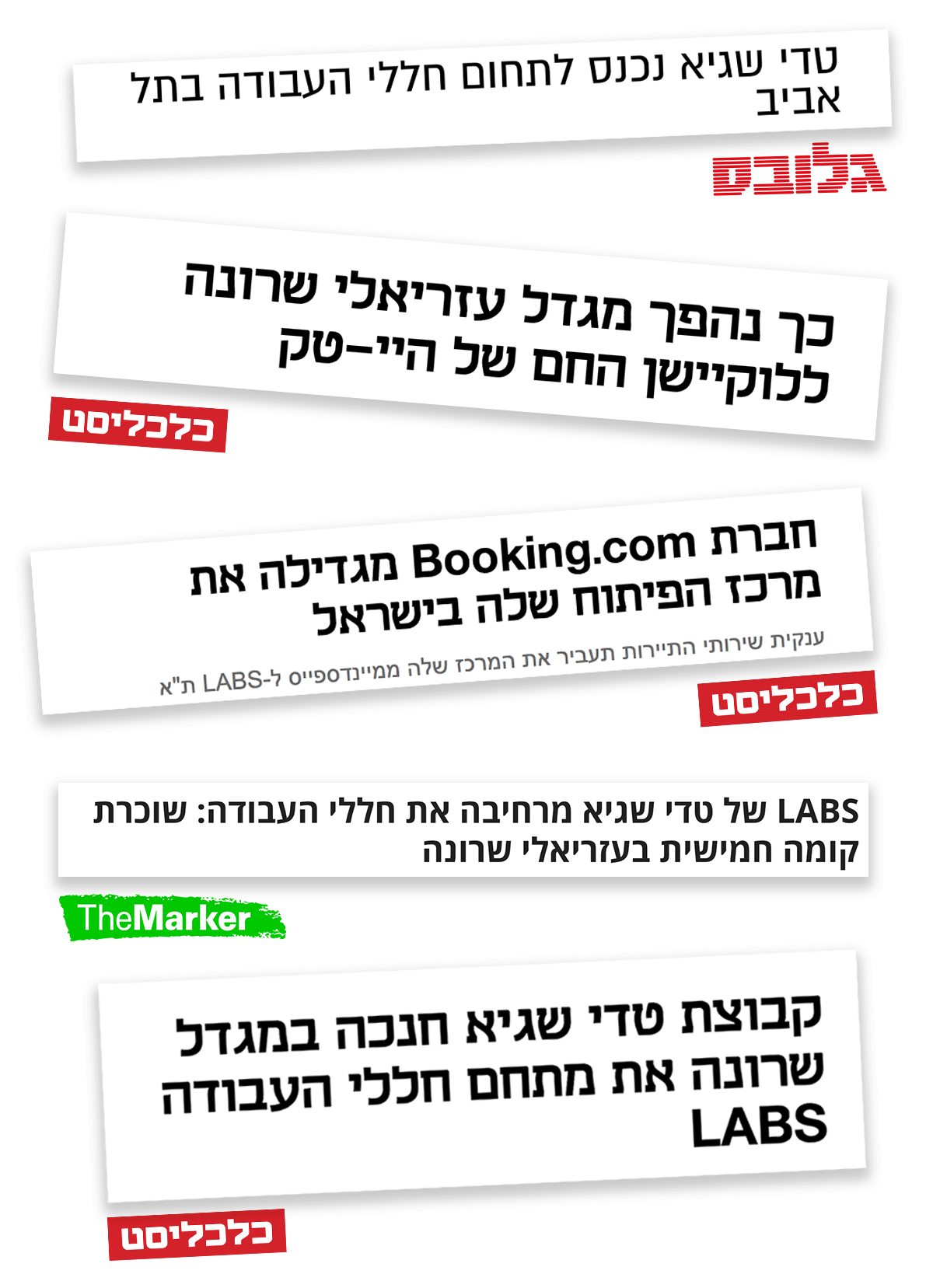